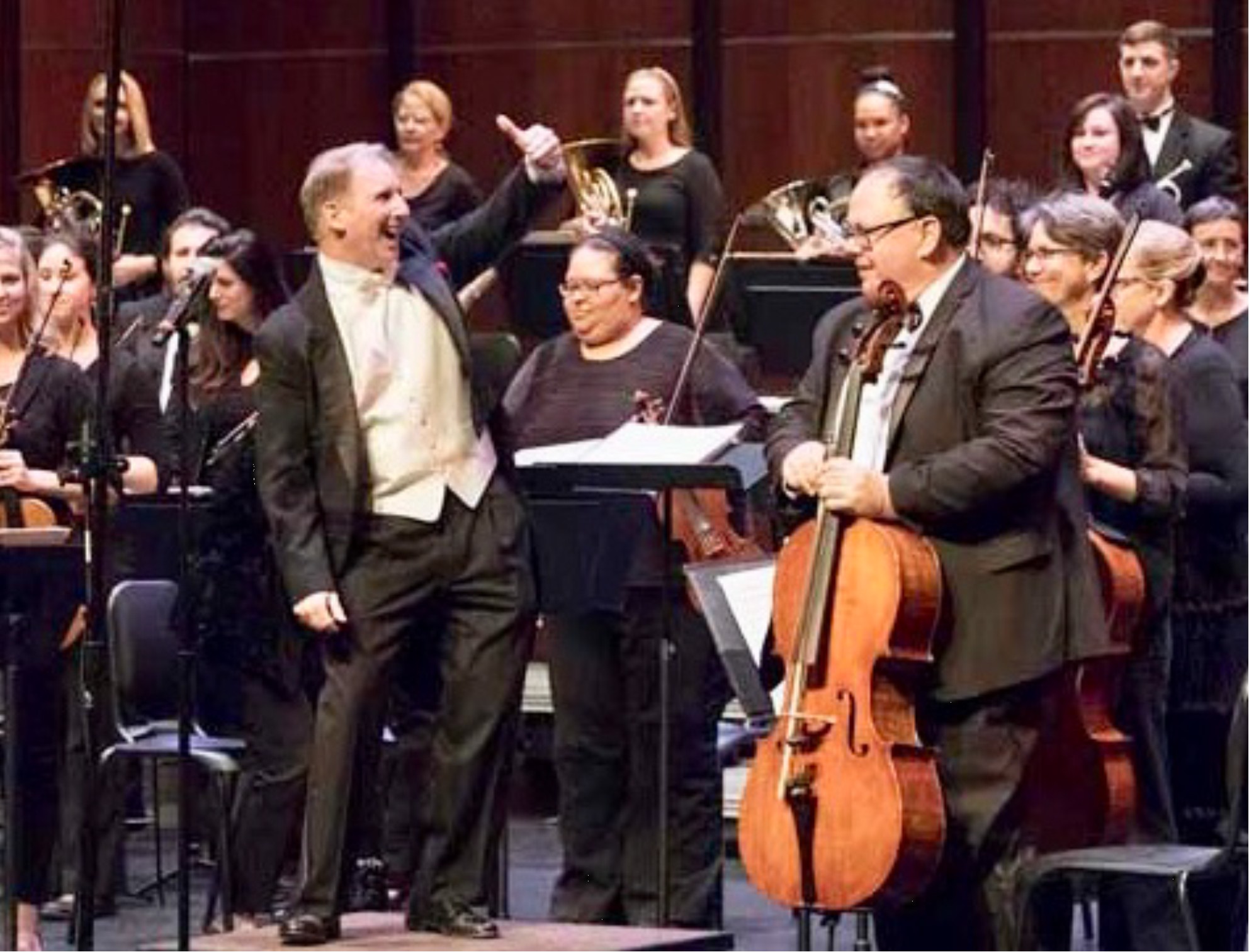 The Gainesville Orchestra and conductor Evans Haile bring the passion and grandeur of Ludwig van Beethoven’s Fifth Symphony to St. Augustine. Don’t miss an evening of power and uplifting joy as four of the most famous musical notes ever written ring out and carry you on a revolutionary journey!!

The Gainesville Orchestra’s mission to entertain, enrich and educate a diverse and broad-based audience through the presentation of quality programs in traditional and contemporary repertoire is as pertinent today as it was in our first season, 30 years ago. Music nourishes our souls, comforts our spirits and provides unique opportunities for us to come together.

History of The Gainesville Orchestra

In 1983 a group of local musicians met to form the Gainesville Orchestra, Raymond Chobaz was appointed as Music Director and Conductor and in the fall of 1983 a 34-member ensemble consisting of professional musicians, amateurs and gifted students performed their inaugural concert before a large audience. By 1984 the orchestra developed both an advisory board and a Board of Directors. For over three decades the orchestra has been part of the cultural vitality of Alachua County.

In 2001 the GCO secured the services of Maestro Evans Haile as Music Director and Conductor. Attracting this internationally known artist, whose home and history is in Gainesville, substantially enhanced the quality and reputation of the orchestra. For example, Leon Fleisher, world-renowned pianist and conductor, played and conducted at the first concert for 2006-2007 season. In 1989 GCO made a commitment to education by creating the Youth Concert Series, resulting in a Family Concertas part of the regular concert season with an additional special performance of this concert at the University of Florida’s Phillips Center for Performing Arts for the schoolchildren of Alachua County and surrounding counties.

In the 2009-2010 season, the GCO collaborated with the Harn Museum of Art, Florida Museum of History, Santa Fe (College) Planetarium, Alachua Astronomy Club and U.F. Astronomy Dept., to present its final concert of the season, Celestial Celebrations. The uniqueness of this concert was an orchestral presentation of Gustav Holst’s “The Planets” while an interactive video was shown on a screen above the musicians of photographs of the Planets taken by the Hubbell Telescope, and synchronized with the music. This concert was performed in the morning at the Phillips Center for Performing Arts for schools and was a sell-out to an audience of 1700 children and chaperones. The evening performance for families was also very well attended with a report of the largest attendance at the Center for Performing Arts this season. Both concerts featured the traditional Walk Through the Orchestra at the conclusion – a thrill for school children and adults alike. Our other children’s concerts have included a performance of Delius’s Florida Suite accompanied by video and photography of local natural wonders, and the world premiere of the symphonic suite from Disney’s beloved hit Frozen.

Realizing that our artistic capabilities and spread of our repertoire had expanded beyond that of a “chamber” group, in 2013 we officially changed our name to The Gainesville Orchestra. This reflects our growth and our commitment to find new ways to enrich Gainesville’s cultural landscape.

For more information about the orchestra and maestro, click here