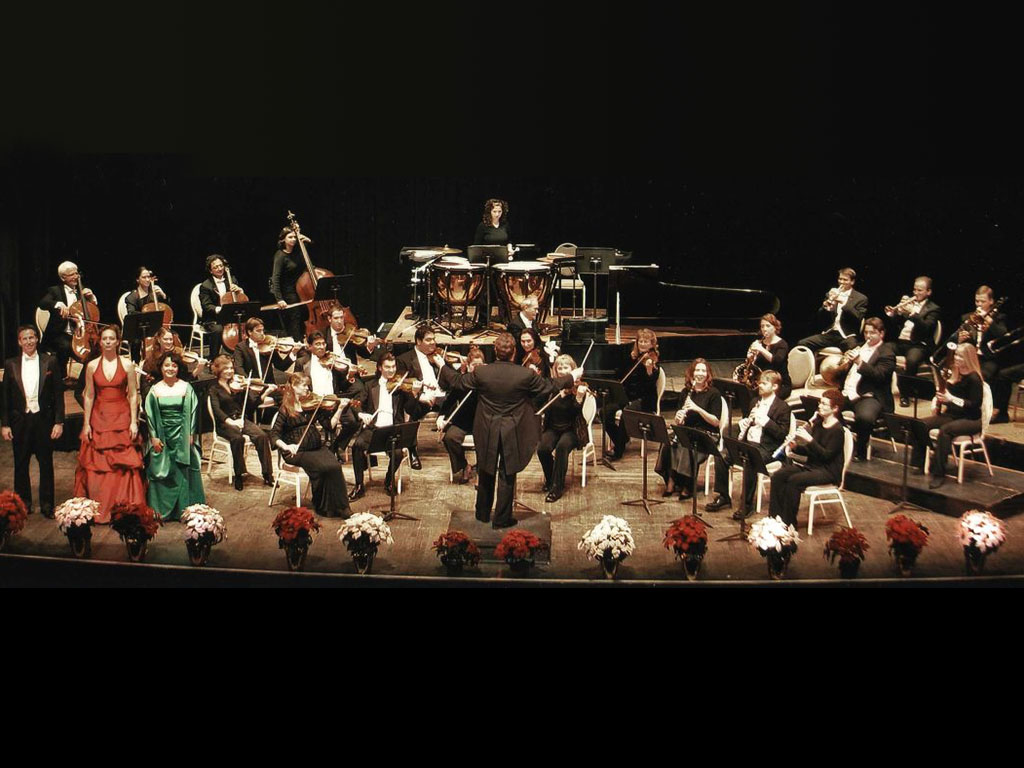 The Hollywood Concert Orchestra, an ensemble of America’s finest musicians, has become one of the premier pops ensembles in North America.  With its unique presentation of the latest TV, movie, and Broadway themes written and arranged especially for the orchestra, the Hollywood Concert Orchestra is known as “the Orchestra of the Stars”, featuring the best and brightest guest artists and soloists in lively and entertaining performances.  That is what THE HOLLYWOOD CONCERT ORCHESTRA specializes in…the music that “made” the movies!

The Hollywood Concert Orchestra has toured recently with the famous movie star Ms. Shirley Jones, who received an Oscar for her performance in the movie Elmer Gantry, which also starred Burt Lancaster. Ms Jones also starred in a very successful television series, The Partridge Family, which won several Tony Awards.

Throughout his many years as a producer, John Giattino has been associated with such great artists as Mantovani, Percy Faith, Henry Mancini, Arthur Fiedler and many other ‘greats’ in the pop orchestra genre. For many years, Mr. Giattino was a general musical contractor for Columbia Artists. He also provided touring orchestras for such artists as Rosemary Clooney, Boots Randolph, Chet Atkins, Floyd Cramer, Robert Goulet, Mitzi Gaynor, Carol Lawrence, and Frank Gorshin. John and Judith also produced a tour titled, A Tribute to Mario Lanza, featuring former Metropolitan Opera tenor Mr. Thomas Booth.

The Hollywood Festival Orchestra is best known for its special musical arrangements of both current and classic movie themes. In various programs the orchestra performed music dating back to early 30s, as well as the most current hits from such movies as the “Lion King” and “Mission Impossible”. As a touring orchestra, The Hollywood Concert Orchestra sets up goals to explore various artistic horizons not only in the United States, but abroad, as well. During the last decade the orchestra has performed at numerous festivals and concert halls across the United States. The orchestra’s management spends a great deal of time booking the orchestra to perform in other countries, as well. The Hollywood Concert Orchestra found its audience in countries in the Far East, where they tour every two years.

The Hollywood Concert Orchestra will begin their 2019-2020 season with a tour of the East Coast cities.

PLEASE NOTE THAT THIS PERFORMANCE IS AN AFTERNOON EVENT