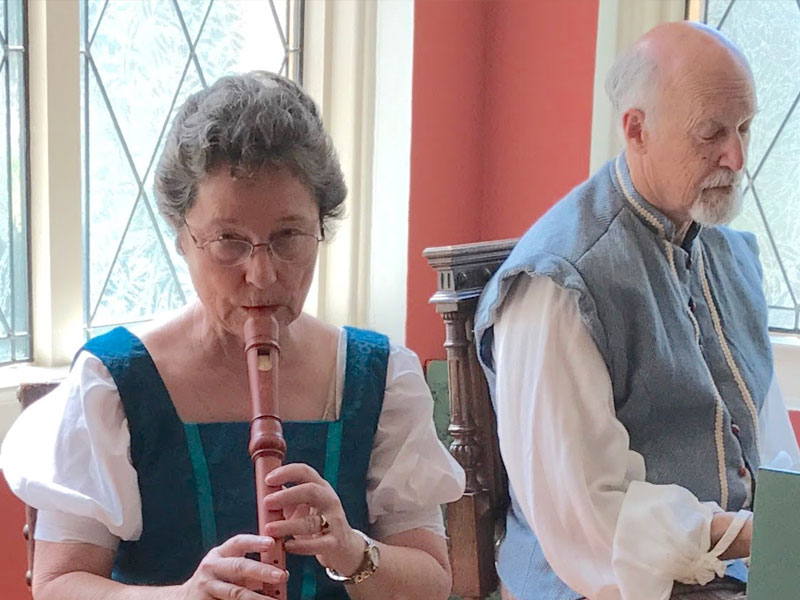 The performers are Peter and Patricia DeWitt. Their instruments will include recorders viola da gamba, and harpsichord. These instruments were used both in the Renaissance, encompassing most of the 15th and 16th centuries in Europe, and in the Baroque, encompassing the 17th and part of the 18th centuries. In the Renaissance, vocal music was predominant, including sacred motets and masses and secular madrigals and chansons. Instrumental music at that time was either patterned after vocal models or was developed from the dance. In the Baroque, instrumental music became more independent, taking on distinctive forms of its own. They will illustrate these trends using music by such composers as Isaac, Senfl, Ortiz, Cabezon, and the ever popular Anonymous from the Renaissance and Frescobaldi, Scarlatti, Bach and Handel from the Baroque.

This event is Free of Charge

The Waterworks is available through the generosity of the City of St. Augustine and the St. Johns Cultural Council.