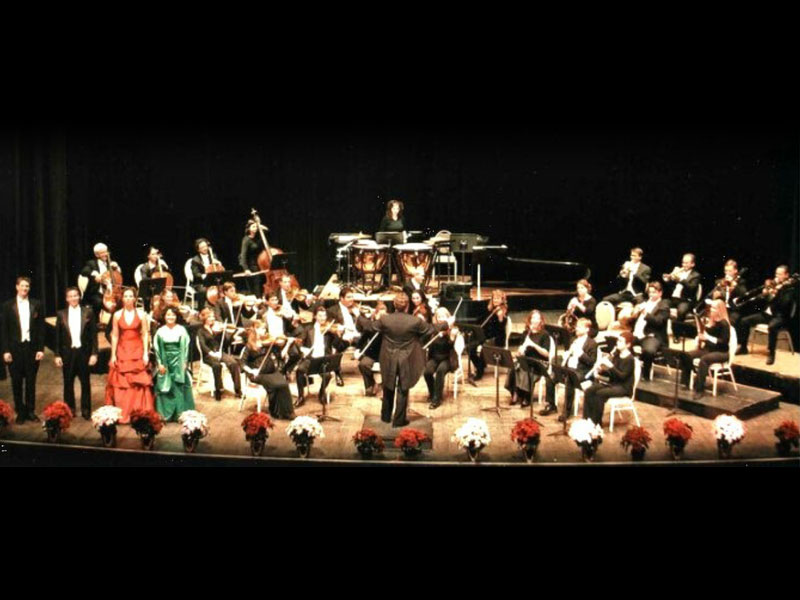 The Hollywood Concert Orchestra, known as “the Orchestra of the Stars,” is an ensemble of America’s finest musicians and one of the premier pop ensembles in North America. With its unique presentation of the latest TV, movie, and Broadway themes written and arranged especially for the orchestra, the Hollywood Concert Orchestra features the best and brightest guest artists and soloists in lively and enter-taining performances.

STEPHEN K. CHARPIÉ – CONDUCTOR, ARRANGER
Stephen K. Charpié received his formal music education at the Manhattan School of
Music in New York City, NY. He was awarded the Artist Diploma in Trumpet, a special
graduate non-degree certificate granted upon demonstration of an extraordinary level
of performance skills in recognition of outstanding musical achievement. Following
his conservatory training, Mr. Charpié became a member of the highly competitive
The United States Navy Band in Washington, DC, where he served as first trumpet
as well as soloist.
After his service with the U.S. Navy Band, Mr. Charpié relocated to Los Angeles, CA,
as an active and innovative professional trumpet player. His experience includes
performing in many symphony orchestras, and a plethora of free lance work in
television and theatre performance, and for a variety of pop artists. Mr. Charpié is
also an accomplished conductor, having led orchestras on international tours of
China, Japan and Taiwan. He serves as principal conductor of several Los Angeles
pops orchestras, as well as national tours.
Currently, Mr. Charpié is in demand as an arranger, and his music is performed on a
worldwide basis, both by orchestras and chamber ensembles. All music performed
today are his arrangements. Most recently his arrangements were used on NFL
Films, and he is currently working on music for children’ s choir and orchestra to be
performed in India.
Mr. Charpié enjoys his free time as an avid cyclist, baseball enthusiast, and world
traveler, all of which informs his creative musical inspiration

For information about the concert program

For more information about The Hollywood Concert Orchestra